While the swimming pool industry sells an image of clear pristine water, when you dive in, you find the murky cesspool that is driven by corporate greed, shady tactics, and the outright theft of intellectual property. I’m at the epicenter of the swimming pool industry here in Phoenix, Arizona, and have been in the industry since 1992. I’ve done it all from construction to developing novel products for DIY pool repair, skimmer baskets, in-floor cleaning systems and hold over twenty unique patents in a variety of industries. Sitting still has never been my thing, and since I started creating pool products, I’ve learned how to navigate the corporate pool world and build my brand as a solo entrepreneur amidst some of the industry’s biggest brands. I’m finally telling the story of how one of these industry leaders took advantage of my creativity and concept because they were too out of touch to develop an idea after years of producing the same outdated equipment.

Zodiac Pool Systems Inc filed application US 16/255,022 which resulted in patent grant US 10,731,774, which illustrates a cassette-based system identical to my Wearless Multi-Port Water Distribution Valve system utilizing a novel upper and lower plate which houses a rotating disc. The first issue with this is that when you apply for a patent, one of the basic requirements is disclosing any prior knowledge of previous artwork, which illustrates a similar design, information which Lamont Dreschel clearly had after my two meetings with Caretaker. Furthermore, their claims of a novel concept are entirely baseless as their Geneva drive requires my invention to operate, so how do they think they can legally manufacture the Revolution system? Caretaker cannot have an upper and lower plate system housing a rotating disk, period. Their system infringes upon my patent in multiple ways, and their attempts at holding a patent are spurious at best and plainly fraudulent. Their patent is useless unless you own my intellectual property and was granted for their Geneva drive, which means nothing without the cassette system for which I hold the patent. The bottom line is Caretaker saw my invention and copied it outright to create the Revolution system.

There’s big money in in-floor pool cleaning systems with water valves retailing around $500 and wholesale costs hovering at about $250. The four major brands of valve manufacturers are Caretaker, Paramount, A&A Manufacturing, and Blue Square, and in 2015 I had developed a novel 6 port water valve that was not only superior but completely revolutionary. I’d completed all 3D printing prototypes and had a physical product that I was planning to get into production when a guy named Barry Greenwald from Caretaker approached me and setup a meeting at a Starbucks. Shortly after that meeting it resulted in a trip to pitch my valve at their headquarters in Salt Lake City. I’d already filed my patents on all of my novel designs at this point, so going into this meeting, I felt confident in allowing them to see my first valve design and explain how it worked. Big mistake. I mistakenly trusted these corporate shills to do the right thing. But, I didn’t know this initially; it would take four years to discover the error of my ways.

I sent Caretaker a formal offer to buy my water valve’s rights and produce it under their label; this offer was declined in 2015. At this point, the incestuous corporate world of pool products and the bullshit politics of the whole industry made me want out. So I decided to let my existing products keep selling on autopilot and follow one of my true passions, music. I formed Slope Records and focused on printing high-quality vinyl from Punk Rock legends and emerging artists as well. Slope did well, and I loved the fulfillment of creating something that people actually cared about and the sense of community it fostered. Flash forward to 2019 and the start of this whole mess.

A pool industry peer of mine who knew about my 6 port valve and pitch to Caretaker sent me a link to a new valve being produced by Caretaker called the “Revolution,” and lo and behold, it wasn’t that Caretaker hadn’t liked my concept, it was that they were busy reverse engineering and stealing my novel patent. The Caretaker Revolution 6 was an exact replica of my design, with the only expiation being mine utilized a powerful hexagonal shape while their’s relied on a traditional cylindrical design. That is not enough to make their product unique. They committed full patent infringement right out in the open because, as so often is the case, big corporate money can push around small independent manufacturers and engineers with almost zero chance of repercussions. Even though I own the patent for this design, it would cost me nearly $400,000 to fight Caretaker in court.

The swimming pool industry has become overtaken by the monopolistic tendencies of Fluidra, which is the parent company to Zodiac Pools System’s, which in turn owns Caretaker along with Jandy, Nature2, Polaris, Grand Effects, and Cover-Pools. These brands posture and pose as though they’re out to help independent pool contractors and maintenance companies, but at the end of the day they’re all the same; nameless, faceless corporations who only care about profit and will do whatever it takes to rip off small owners and operators while pretending to be on the side of the small guy publicly.

In May of 2015, at my own expense, I flew to Salt Lake City to meet with Barry Greenwald, Zodiac’s VP of Sales, as well as Zodiac’s President Todd Cramer, engineer James Oberlin, and VP of Operations LaMont Dreschel to discuss my first water valve which was patent pending application US 14/620,989 and would eventually become the patented subject of US 9,695,952. In the course of our meeting, I mentioned, but did not detail, my next 6-port water valve that would eventually be ripped off by Zodiac and produced as the “Revolution. I flew out for the second meeting in August 2015, again at Zodiac’s request and my own expense, where we discussed my new valve design, which was the subject of US Patent Application No. 14/819,338 entitled Wearless Multi-Port Water Distribution Valve, filed August 5, 2015 and would become the patented subject of US 9,625,041. Of course, Zodiac expressed interest in purchasing both patent’s and some of the other assets in my brand Pool Patch, which led to me submitting my offer letter to Zodiac, which Cramer declined, citing their lack of interest in products without existing revenue streams, all the while just planning to steal my design and intellectual property. When you place Caretaker’s Revolution 6-Port Valve side by side with my design, they are identical, and their design infringes on numerous independent claims of my patents US 9,625,041 and my latest issued water valve patent US 10,641,401. In July of 2019, I had my attorney send a cease and desist letter to Zodiac, which they stated they would respond to in due course, but ignored, so my only attempt at bringing this outright theft to light is to get this story to the industry and public. 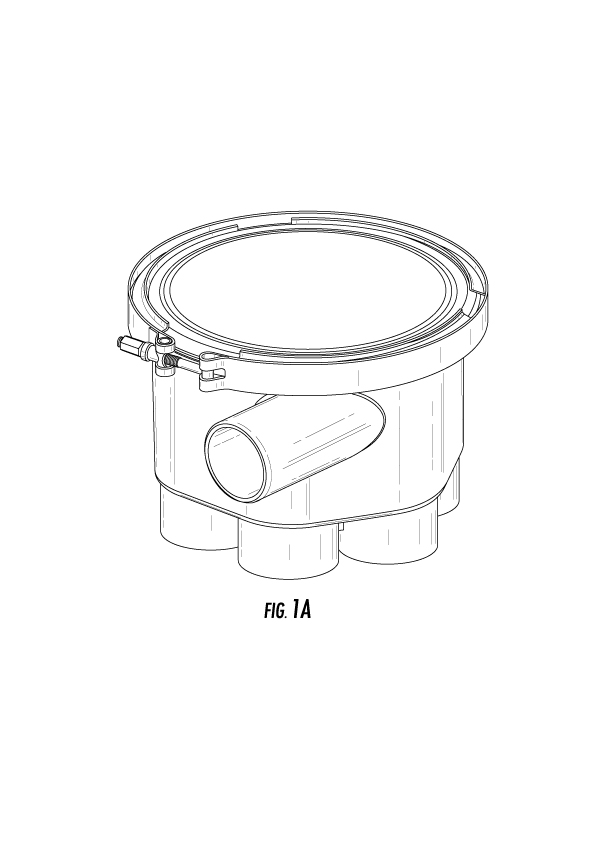 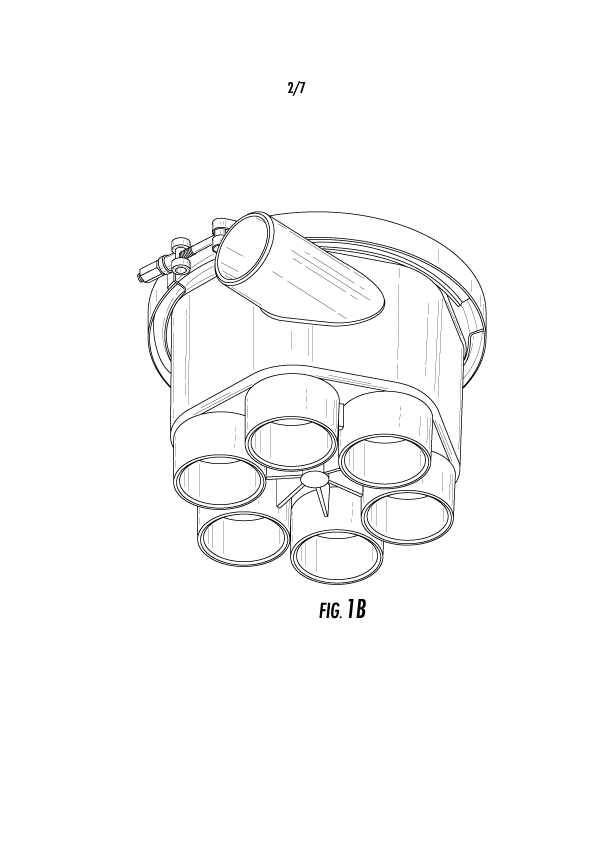 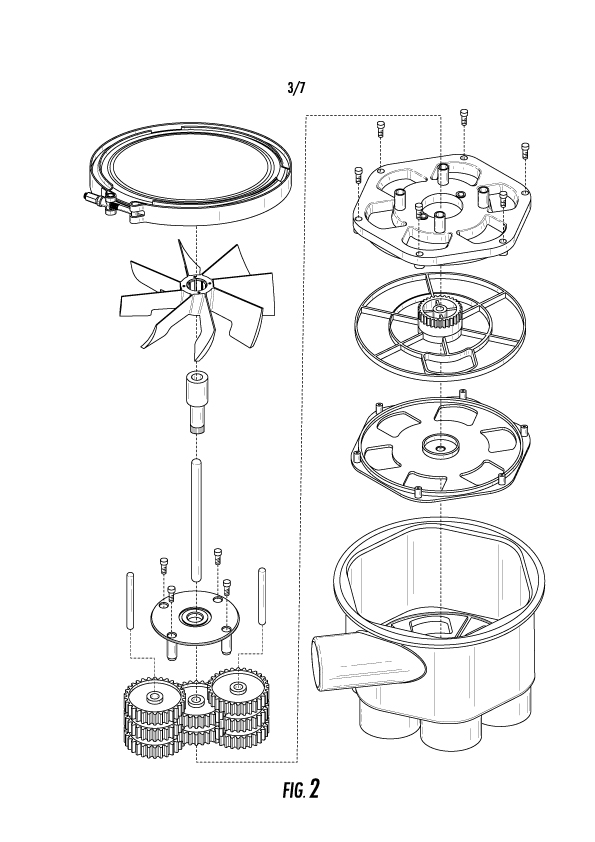 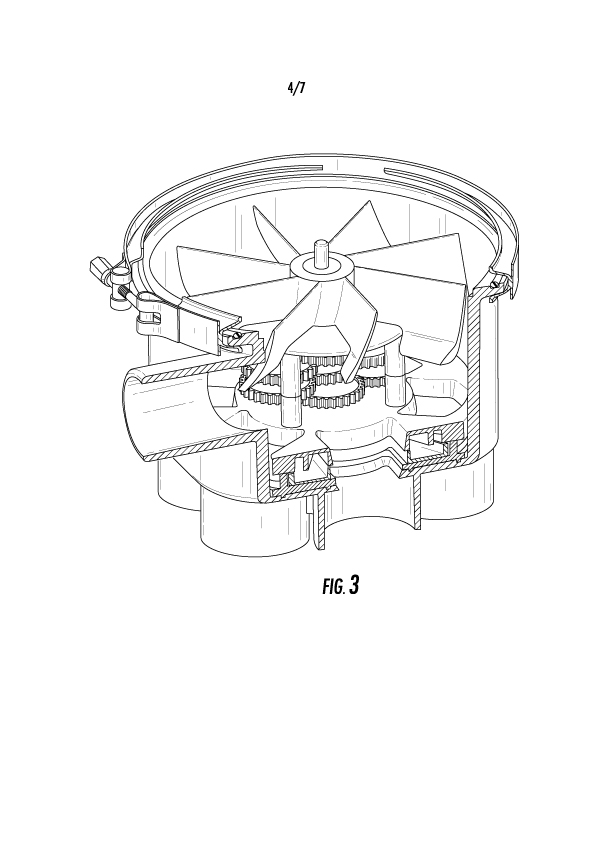 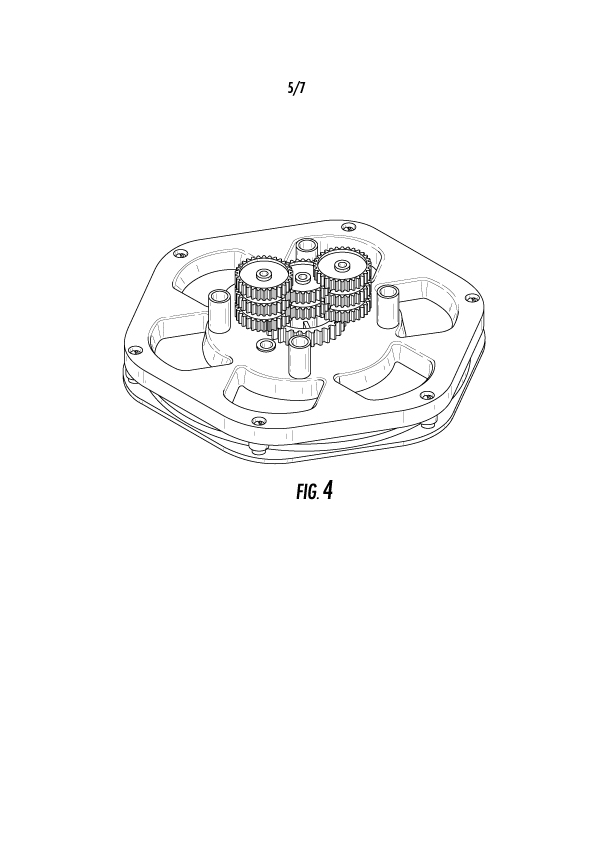 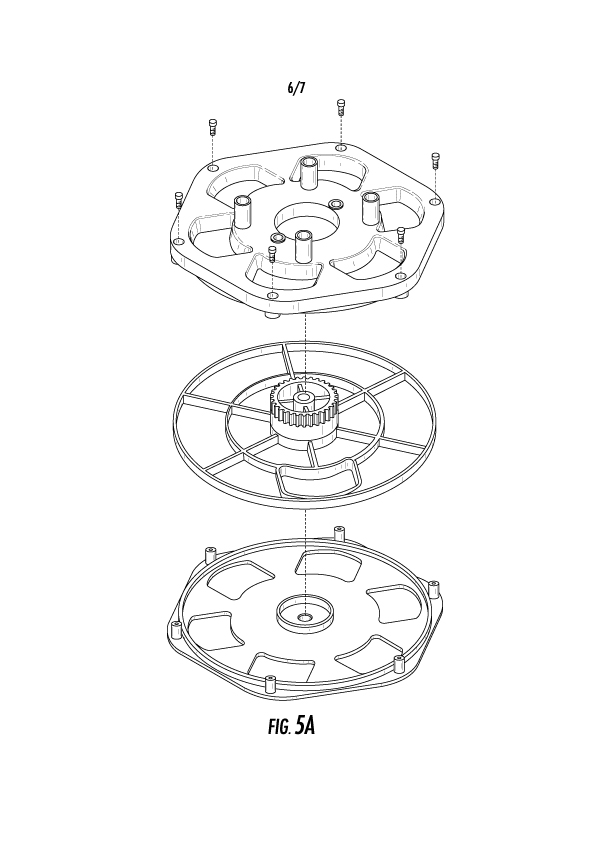 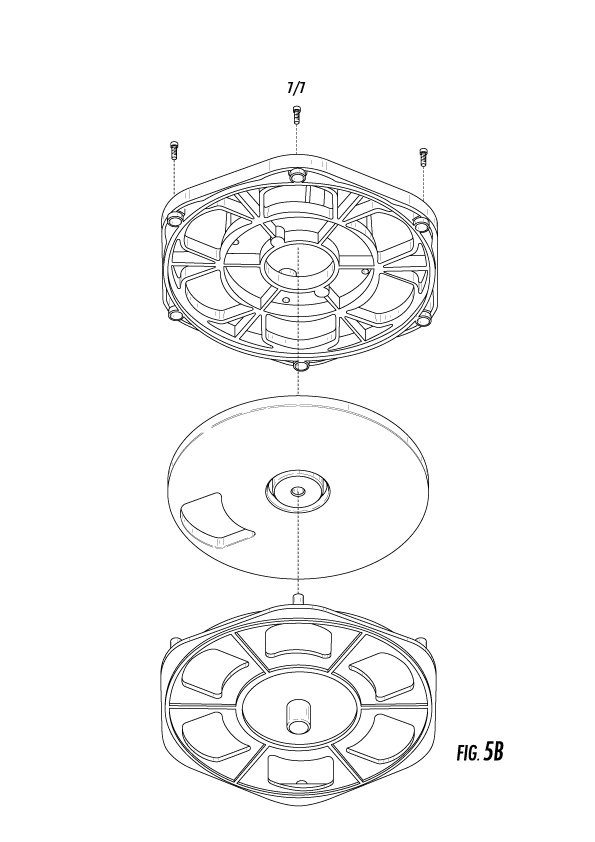 Even after the top swimming pool intellectual property attorney’s created opinion letters and supported my claims Caretaker and Zodiac have continued to use stolen designs without acknowledging my rightful claims. I have direct patent infringement claims related to their method and design, which again have been ignored.

In the end, I know that I can’t get justice in the court system because of the financial inequity between the large corporate forces against a small independent manufacturer, so my only course of action is to get my story out via a grassroots movement. I’ve partnered up with an independent production company to produce a documentary about this entitled “Infringe Me” which will chronicle Zodiac and Caretaker’s outright theft of my intellectual property. I’ve got decades of experience in the pool industry, but I’ve got even more experience in the DIY scene, so I’ve focused my efforts on exposing this corporate exploitation in protest of excessive corporate greed. In this day and age, independent voices need to be heard and amplified even more as corporate homogeneity keeps shuttering independent businesses, and small business owners are forced to make the difficult decision between selling out or surviving.

Ultimately I’ve shifted my creative energy away from the pool industry as I’ve realized how boring, uncreative, and pedestrian it is. These days, my work is focused on developing the first global cannabis app, innovative live music gear, and novel home cannabis cultivation equipment. This is just one part of my entrepreneurial journey, and in the end, I take it as a learning experience, but I can’t stand idly by any longer as Caretaker continues to profit off my innovative, novel designs, which they outright stole after multiple meetings in which they examined and ripped it off. 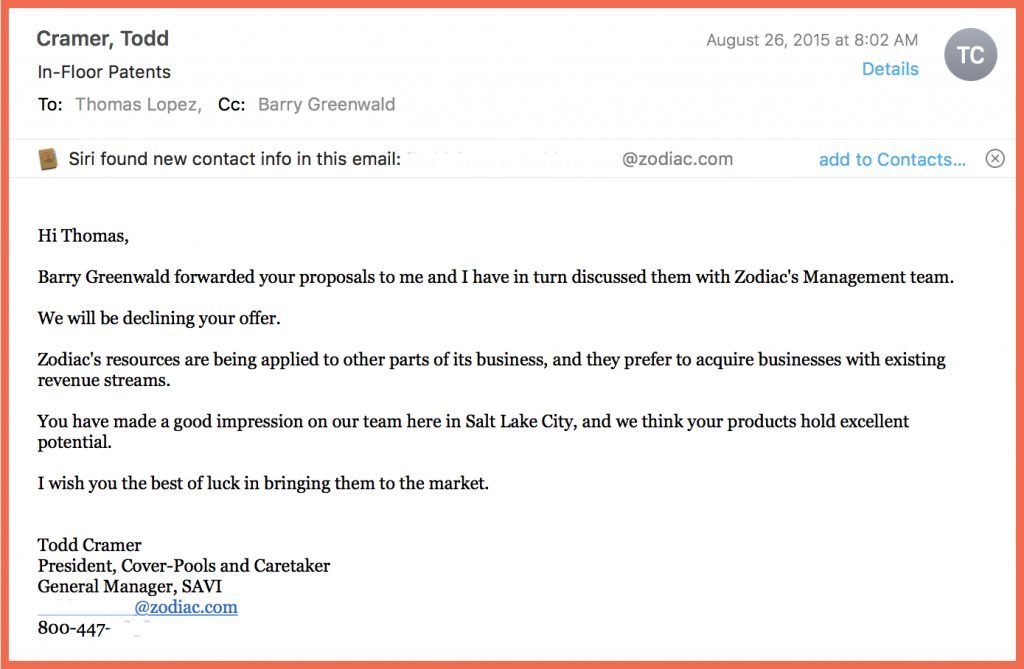 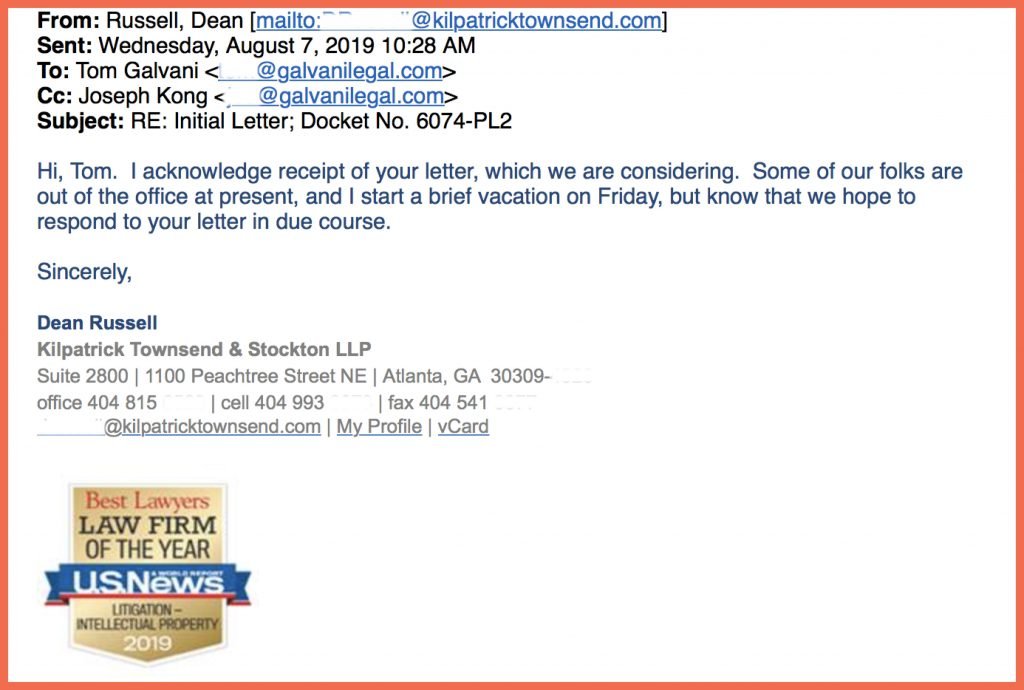